Quezon City Health Department (QCHD) takes a big step forward to counter the spread of HIV and STI infection among the MSM and generally its male population. It has been reported that the city is among the cities of the whole country that contributes the highest number of new HIV infections reported monthly to the National AIDS Registry through the National Epidemiology Center of the Department of Health (DOH-NEC). Quezon City Health Department has recorded 266 new HIV cases only within the period of January to August 2012. This is almost 70% higher compared to same period of the previous year with only 181 cases and more than 61% or 166 of which engages in the “very risky” sex among males having sex with males (MSM).

This staggering data made the local government of QC take immediate actions and considered the establishment of a male-focused clinic, named “KLINIKA BERNARDO”, operating beyond regular office hours and days to accommodate the varying available schedules of the male sector especially the young working male population. The clinic was blessed by Fr. Dan Cancino of the St. Camillus Brothers and the grand launching was supported by Philippine NGO Council for Population, Health and Welfare, Inc. (PNGOC), Family Health International 360 and the USAID: Reaching out for most at-risk Population Project.

“Dito sa QC, welcome ka! Kaya Magpa-test ka na!” the main tagline of the new clinic goes claiming that the city is a safe place for the LGBT. QC aims to establish an enabling community for all, whether straight, bisexual, gay, lesbian, transgender (LGBT). Thus, the city promotes non-discriminatory acts and policies to all marginalized individuals including the LGBT community. Hence, it claims to be an “LGBT-friendly” city. It is a city where genuine freedom is respected and upheld with appropriate responsibility. 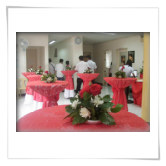 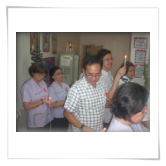 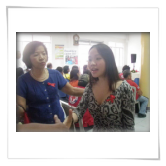 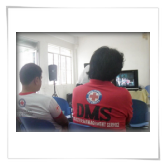 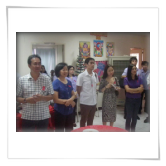 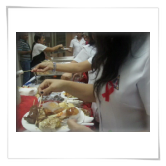 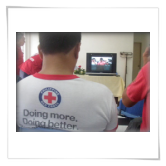 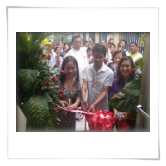 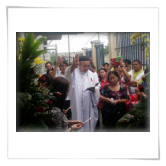 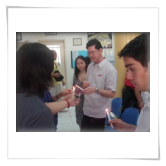 Home Page | About PNGOC | Membership Directory | Want to be a member? | Resource Center | Contact Us | General Site Map
Back to content | Back to main menu